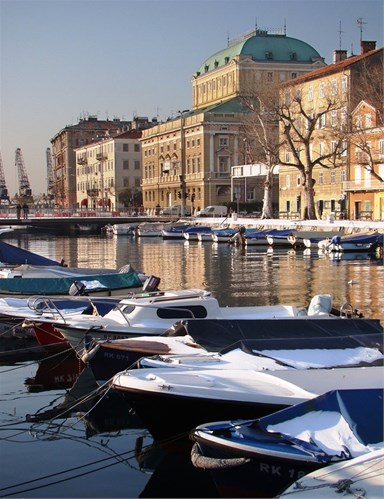 The City of Rijeka is the largest Croatian port, and the third largest town in Croatia, as well as the administrative centre of Primorje-Gorski Kotar County. Through the history, Rijeka was one of the most important Central European ports, and a powerful industrial centre, while more recently it turned to developing tourism and service sector.

Rijeka is located in the western Croatia, 131 km southwest from the capital Zagreb, and you can come to the city from three main land routes: Istra, Dalmatia, and Zagreb. Rijeka is located on the north shore of the Bay of Rijeka, as a part of the larger Kvarner Bay. It is connected to the Kvarner islands and to one of the most popular Croatian tourist centres – Dubrovnik, by sea routes.

Regular international and domestic bus and rail lines connect Rijeka with major Croatian and European cities. The bus station Žabica is located in the centre of the city, about three-minute walking distance from Marina, while the railway station is about ten-minute walk from the boat.

The Airport Rijeka is located on the nearby island of Krk, 30 km away from the city, which is connected to Rijeka by bus and taxi. 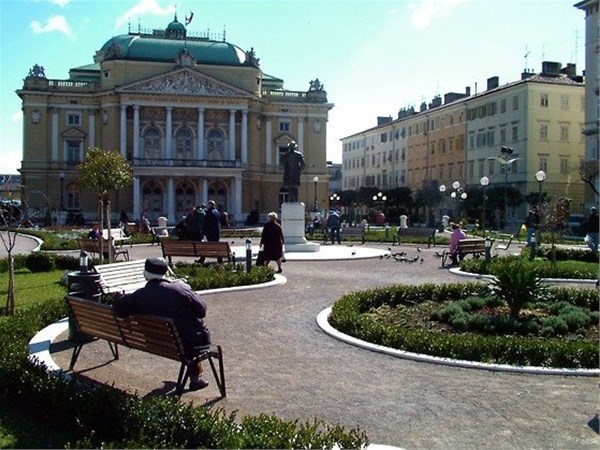 For your dose of theatre art you can choose between the Croatian National Theatre for adults or for children, or you can go to one of the smaller independent theatres in Rijeka.

The Croatian National Theatre carries on the tradition of the continuous theatrical life of Rijeka for more than two centuries. The Rijeka theatre was named Ivan Zajc in 1953, and since 1991 it has a status of a national theatre. The repertoire includes the Croatian and Italian drama, opera, ballet, as well as concerts.

The Croatian Cultural Centre Theatre, located in one of the most attractive multipurpose town premises, is an association of theater professionals established in 1993, with an aim to play a different drama repertoire in Rijeka: the 20th century classics that have not yet been played in Croatian language in Rijeka, as well as current drama hits in the theatres all over the world. The Croatian Cultural Centre Theatre is the organizer and host of the International Small Scenes Theatre Festival.

The Art Cinema Croatia in the centre of the town is for those who think that films are most important, without false glamour.

The Cinema of the Croatian Cultural Centre is dedicated to productions outside Hollywood, cinematheque programs, and it regularly organizes thematic cycles and film shows.

Blitz Cinestar Multiplex cinema is located in the Tower Centre Rijeka, and it has 8 highly equipped halls, providing the viewers with real pleasure of watching films on "wall-to-wall" screens.

Capture the spirit of Rijeka – during the day you can sit and have a coffee in the centre of all events – the Korzo, treat yourself to a sweet snack, and in the evening you can find your place for entertainment in on of the numerous city clubs.

Sights of the City of Rijeka 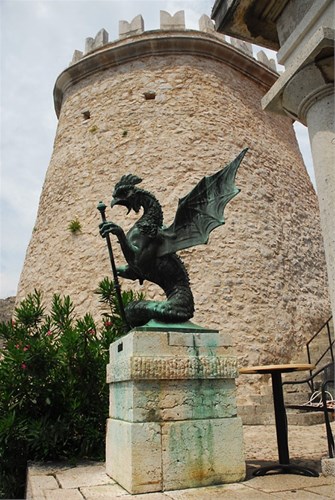 The current calendar of events in Rijeka can be found at www.tz-rijeka.hr. 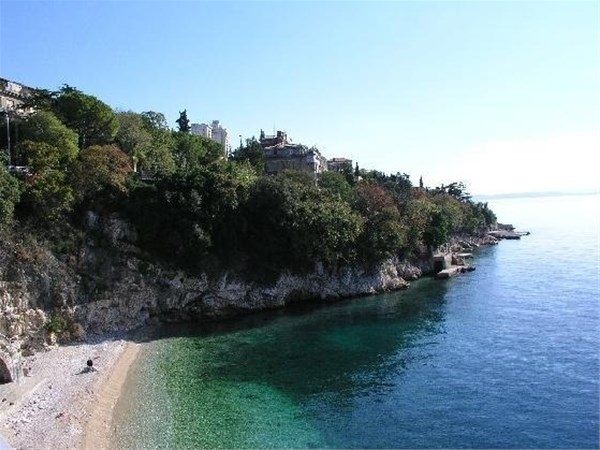 Love is in the air!

Vip welcome back weekend package for our VIP customers

Winter break on the boat..